The People of the land had a small settlement (not a Pah) where the Glen Eden Primary school is established. The area was called Waikumete which literally means stinking water. This would be due to the area of Kaurilands being swamp with an abundance of Flax.

Originally the Glen Eden area had not been planned for close settlement. Early maps show the area cut up into blocks of 50 to100 acres, however around Archibald Road and the Whau Creek it was subdivided into numerous sections of 5 to 10 acres.

Pre-1880, there were families living scattered in Glen Eden, then known as Waikumete. The Main occupation of the early settlers was farming and nursery work. The clay soils of Waikumete were conducive to the brick making that was done along the Whau creek in the1800’s by Malams, Lauries, Hepburns and Archibalds. In later years Bullock teams were used to haul the logs from the foothills of the Waitakere Ranges. Those cut by Hibernia Smythe on his property at Kaurilands were towed to Bill’s Landing at the end of Sabulite Rd. From there the logs were floated down to the mills in Auckland.

Waikumete’s early settlement was disadvantaged because of certain associations held about the area. When the Waikumete Cemetery was opened in 1886 the popular opinion was that it was not a desirable place to live because it was bordered by a cemetery on one side and a mental hospital (the Whau) on the other. The residents felt so sensitive about the name ‘Waikumete’ and the proximity of the Cemetery that at a public meeting in 1922 they changed the name of the town to Glen Eden.

Another disadvantage to the settlement was the roads. The clay roads were notorious and a deterrent to travel. In 1854 it was necessary to construct viaducts over the clay swamps at the foot of cemetery hill to aid travellers. With the advent of the railway there was an alternative to the roads and it also ensured quick and easy freight of goods for farmers and orchardists. The earliest businesses in Glen Eden were situated around the Railway station to service the passengers who stopped to pay their respects at the cemetery.

Above is an insert from ‘In Those Days: An Oral History of Glen Eden edited by Pauline Vela’. 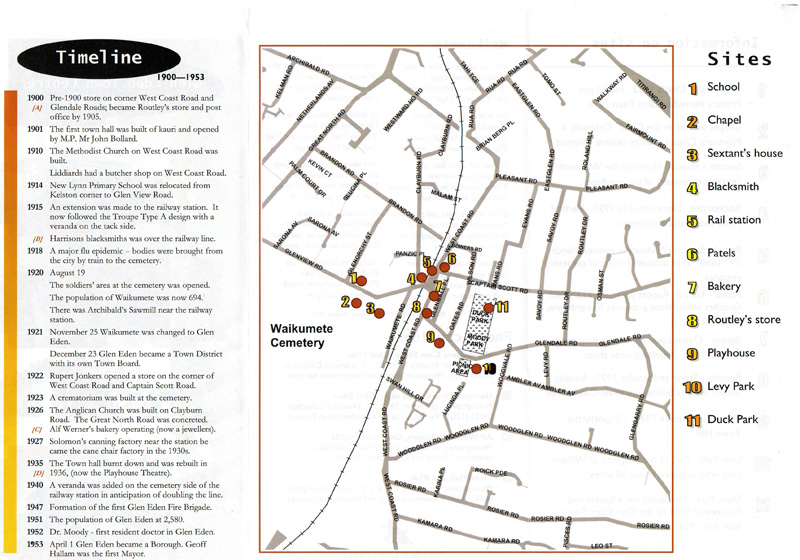 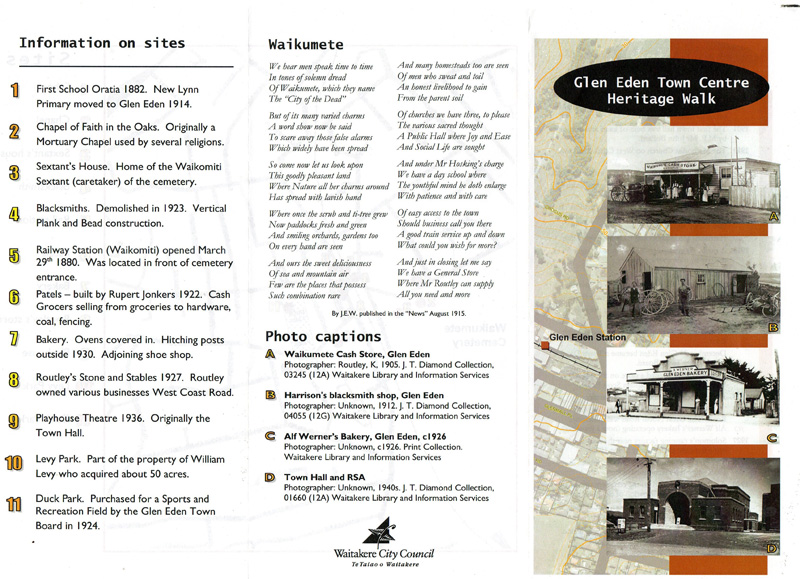 View across West Coast Road to the railway station at Glen Eden showing gate at entrance to the yard and goods shed. In the background is the double veranda station which still exists today – restored and in a different location.

At right is part of the brick Bank of New Zealand building. 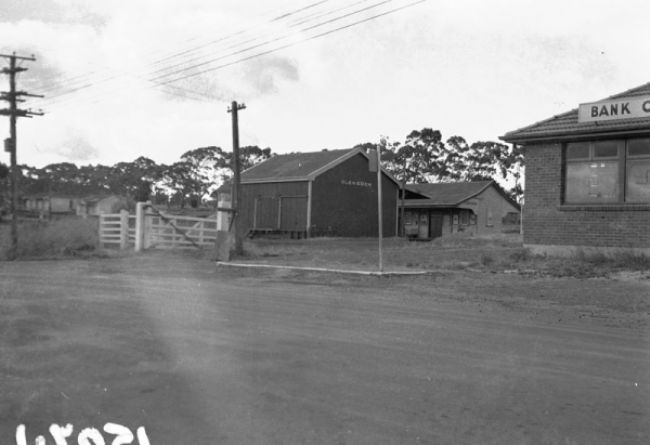 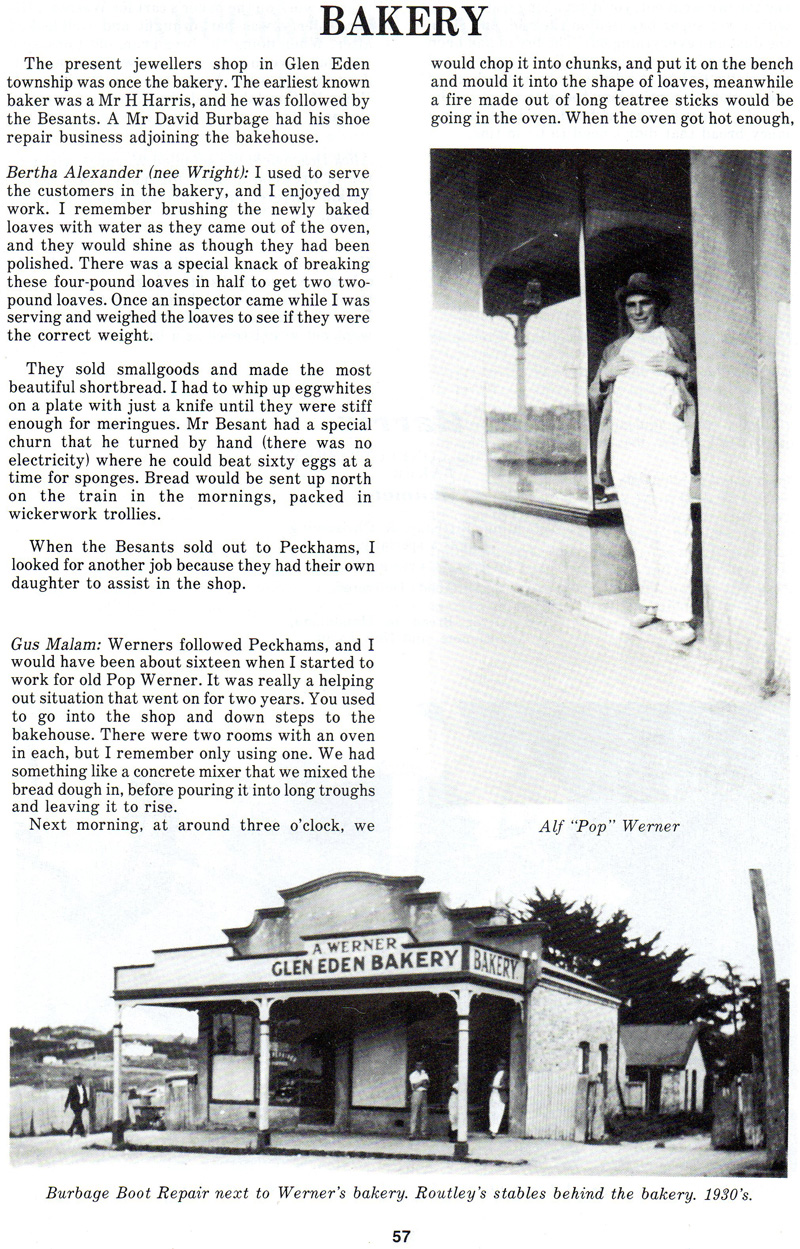